Cows are ruminants, and they evolved over millions of years to eat grass. Grass and other forage plants that ruminants munch on are difficult to digest, hence the evolution of their special stomach, the rumen, which helps break down these plants through special microorganisms and fermentation. Furthermore, the grass does not enter the rumen until after it has been “cud-chewed,” meaning munched, regurgitated, munched again, grinded and swallowed. This is simply what cows and other ruminants, such as goats, sheep and bison, were born to do.

Industrial factory-farmed livestock has been forced, trained, genetically engineered, or whatever euphemism the industry chooses to use, to feast on corn, soy and other grains, in addition to a repulsive mixture of other chemicals, hormones, antibiotics and liquid-solutions.

While not entirely an accepted fact, many researchers and nutritionists agree that grass-fed beef is more nutritious, safe and overall healthier to eat than industrial grain-fed beef (to be careful of what is actually being purchased, it is good to make sure the beef is also “grass-finished,” meaning it consumes grass up until the time of slaughter). This is most notably because grass-fed beef contains higher levels of vital nutrients such as B vitamins, beta-carotene, omega 3 fatty acids, vitamins A and E, and several antioxidants and minerals that come from the grass they are meant to be eating. Grass-fed beef is also higher in the “beneficial” omega 6 fatty acid known as conjugated linoleic acid (CLA), and is lower in saturated fats than industrial grain-fed beef. Both grass-fed and grain-fed beef are substantial sources of protein, though grass-fed beef has been shown to have a relatively higher density of protein.

These macro and micronutrient compounds have been connected to the lowering of LDL cholesterol, blood pressure, and the potential prevention of diabetes and certain cancers, but the results to this point are inconclusive as to whether grass-fed beef itself as a whole food can be considered part of a preventative diet for chronic diseases such as diabetes.

Another important point in favor of grass-fed cattle is that they typically do not depend upon antibiotics to survive close-quarter and unsanitary living conditions, as factory-farmed cattle almost always do. In addition to these cows suffering from less disease themselves, so-called “superbugs,” which are pathogens resistant to antibiotics, often have their origins in close-quartered livestock.

Several influential studies have recently connected red meat to cancer and other chronic diseases such as diabetes, but there is still much debate as to how different kinds of red meat, whether processed, grain-fed or grass-fed, apply to these studies. From a more inductive standpoint, however, thinking of the nutrients consumed by grass-fed beef as opposed to the unnatural mixture of “food” in feedlots that ruminants are not biologically evolved to eat, it seems fair to conclude that grass-fed beef is safer to eat in moderate proportions than industrial grain and antibiotic fed meat. 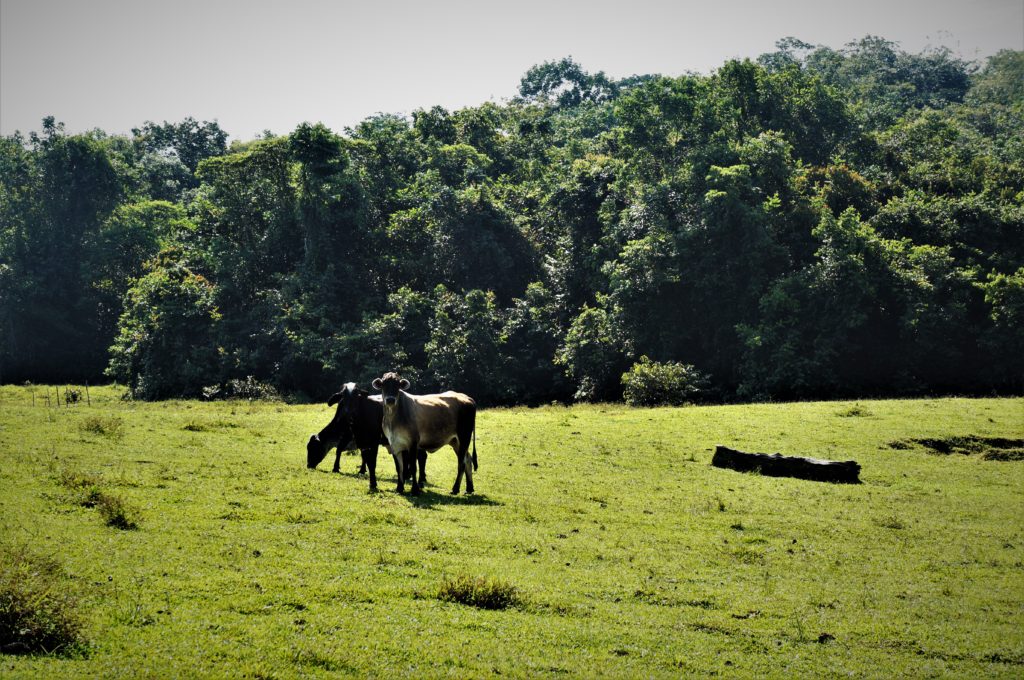 Traditionally red meats like beef and lamb were eaten in the fall and winter times, a logical result of their natural grass diets: grass grows in the spring, and the animals need several months of munching on it in order to fatten up. So if you are looking for the most nutritious, tasty and locally produced grass-fed red meats, fall and winter is your best bet, though in our modern global economy, it is possible to find grass-fed meats from other parts of the world any time of the year.

It is important to understand and be conscious of the reality of this year-round “convenience.” For example, Brazil produces and exports beef all-year long, from their vast cattle ranches that used to be pristine Amazon rainforest. This troubling trend of deforestation for livestock pasture has spread to neighboring Latin American countries like Colombia, and shows little sign of stopping, with increasing global demand for beef. The negative environmental and socioeconomic impacts of deforestation to create cattle pastures, mines, soy and oil palm plantations, to cite just a few irresponsible examples, are tremendous.

So unfortunately, the bigger picture is far more complicated than grass-fed beef being the healthful answer for meat consumption, as a growing world population that is increasingly carnivorous makes grass-fed beef an unsustainable solution for the planet as a whole. Grass-fed beef requires more land (though in considering land use for grain-fed beef, one must also factor in the land used for growing the corn, soy and other grains that feedlot cattle consume, which in the case of soy also often is grown in massive plantations that used to be tropical forest), much of it devastatingly available now due to deforestation of tropical forests such as the Amazon. Grass-fed cows also grow much slower than cows in industrial feedlots, so require more resources, especially water, which is becoming increasingly scarce and more valuable on an increasingly polluted planet going through climate change. Eating grass also has been shown to ferment more in the stomach of ruminants than corn, so the grass-fed cows tend to belch and fart a lot more, their flatulent releases filled with the strong greenhouse gas methane, which exacerbates climate change. The processes of microorganisms breaking down carbohydrates in grass (or corn, soy, grains, etc…) within the rumen and the resulting release of methane gasses as a byproduct, are known respectively as enteric fermentation and enteric emissions.

On the other hand, growing grass sequesters carbon, and some researchers and farmers make the argument that pastures that practice cattle rotation, or “mob grazing,” maximize grass growth, and that grass-fed cows can actually be a tool to mitigate climate change. This argument may have some basis in theory, as well as application in specific locations and circumstances, but is pretty suspect as a sustainable global solution. Once one considers that so much modern pasture used to be tropical, subtropical and temperate forest, and that clearing these forests (especially when burning them), releases heavy doses of carbon into the atmosphere, the idea that ubiquitous cow pastures are the planet’s friend, doesn’t really compute. These forests, when standing, themselves sequester carbon as their biomass (leaves, trees, etc…) grows, are essential in regulating weather patterns and ecological cycles (such as the water cycle, as well as the carbon cycle), and are the homes of incredible biodiversity, much of which is lost or threatened now in order to make way for grass-munching cows.

So, while cows and other ruminants that eat grass may be more nutrient-rich than grain-fed cows, and for thousands of years have been part of more sustainable small-scale farm life, where the cow’s excrement helped to fertilize the soil, which then helped grow the crops and the grass for the future cows, they are not a sustainable option under present globalized circumstances. Unless overly carnivorous Americans, Australians, Germans and others, cut back on their meat portions, and other increasingly wealthy massively populated nations like China halt the rise of their thirst for red meat, cows are going to be a growing problem for the health of humans and the health of the planet.

For a more in-depth look at Grass-fed beef, mostly in a positive light: http://www.whfoods.com/genpage.php?tname=foodspice&dbid=141

A fairly comprehensive look at the nutritional differences between Grass-Fed and Grain-fed beef was published, not surprisingly, by supporters of the Paleo Diet, but serves as a good resource: https://thepaleodiet.com/wp-content/uploads/2015/08/Paleo-Paper-beeffed.pdf

A review out of Greenpeace that looks at the enviromental impacts of grass-fed beef in the Amazon rainforest of Brazil: https://www.greenpeace.org/archive-international/Global/international/planet-2/report/2009/1/amazon-cattle-footprint-mato.pdf

A comprehensive look at the environmental issues related to livestock: http://www.fao.org/docrep/010/a0701e/a0701e.pdf

A recent 2017 study published in Science and the Total Environment actually concludes that feedlot beef is more environmentally sustainable at present, making the assumption that people are incapable of drastically changing their eating patterns that are constantly trending towards higher meat consumption: http://trophiccascades.forestry.oregonstate.edu/sites/trophic/files/Swain2017.pdf

For more about enteric fermentation and enteric emissions and their importance to climate change: http://www.fao.org/in-action/enteric-methane/background/why-is-enteric-methane-important/en/

A recent study showing red and processed meats to be risk factors for insulin resistance and fatty liver: https://www.sciencedaily.com/releases/2018/03/180320084350.htm 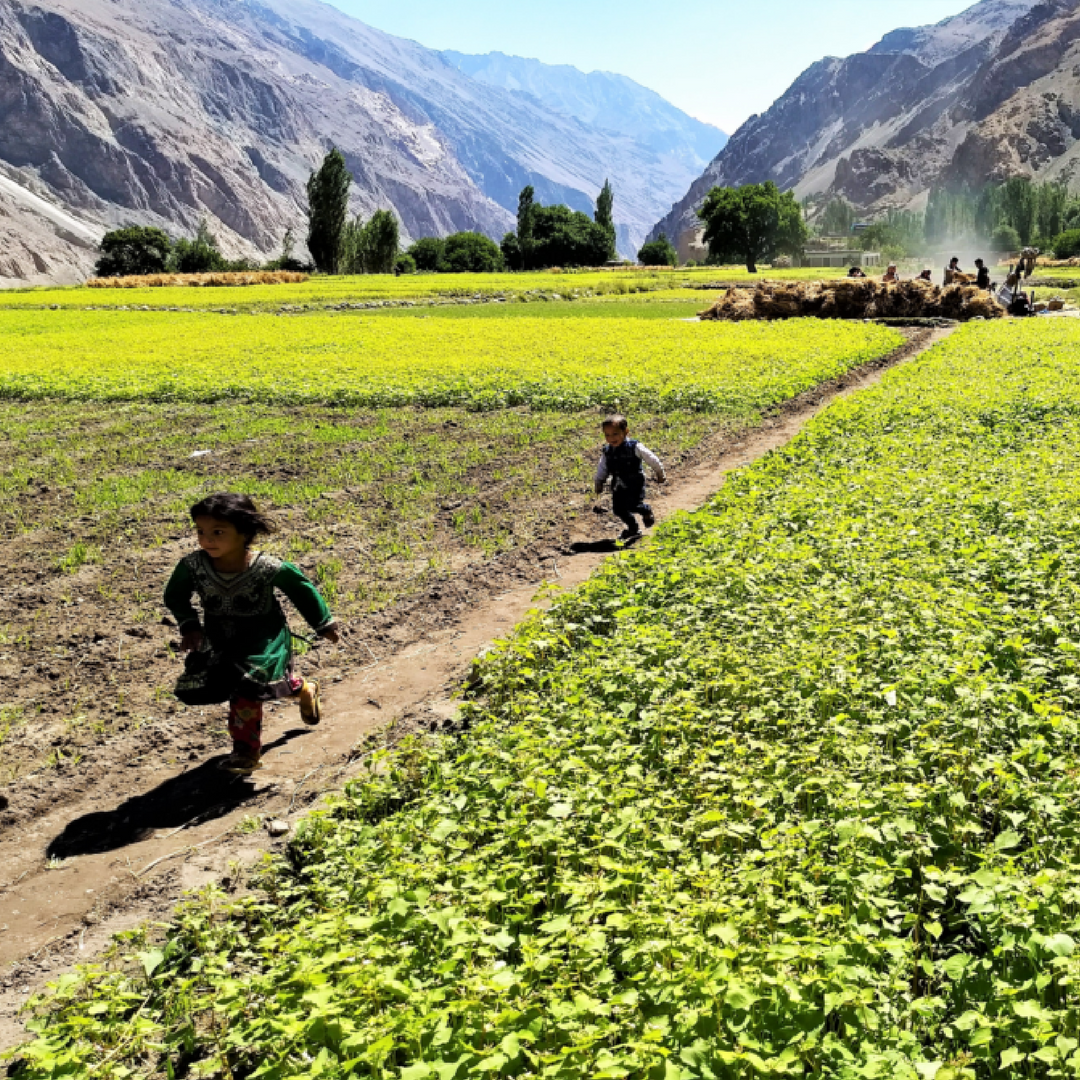 A Diet for Preventing Diabetes and Promoting Planetary Health