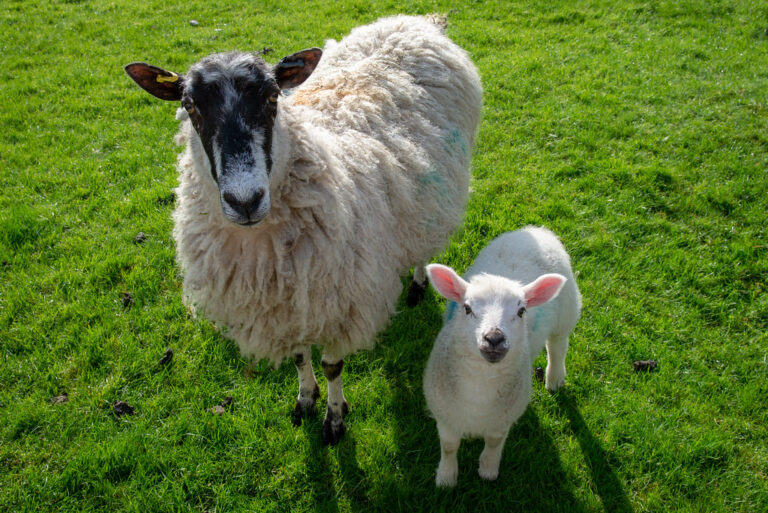 Lamb is an often overlooked meat source in the American diet, but grass-fed lamb is something that humans have been consuming for millennia and its potential health benefits in comparison to other meats are substantial. Lamb remains an important part of the often lauded “Mediterranean Diet,” as well as an essential component in many traditional Middle Eastern and Central and South Asian cuisines.

Lamb is the term for the consumed red meat of sheep, who were first domesticated in the fertile crescent and Mesopotamia around 8,000 BCE. Sheep are one of the very first domesticated animals that accompanied early human civilization. While lamb meat was prized on special occasions in ancient times, domesticated sheep were mostly used for their wool. Wool is an exceptionally insulated natural fiber that undoubtedly aided in the survival of early human civilizations during cooler seasons and at higher latitudes, and subsequently helping to facilitate the propagation of their societies.

Like the far-more-consumed cows that occupy vast swaths of this planet nowadays, sheep are ruminants, meaning they have a specially evolved stomach that digests and ferments specific forage plants, especially grass. Traditionally, red meats like beef and lamb were eaten in the fall and winter times, a natural result of their inherent grass diets; grass grows in the spring, and the animals need several months of munching on it in order to fatten up. So if you are looking for the most nutritious, tasty and locally produced grass-fed red meats, fall and winter is your best bet, though in our modern global economy, it is possible to find grass-fed meats from other parts of the world any time of the year (New Zealand rack of lamb in the summer anybody?).

While thousands of years of traditional diets already implicitly recognized the health benefits of eating lamb, modern day scientists have graciously broken the meat down to its component parts and revealed that indeed lamb meat is packed full of numerous beneficial nutrients.

Lamb is particularly high in B-vitamins, such as B12 and B3, Omega 3 fatty acids (due to their forage-plant diet), and the beneficial Omega 6 fatty acid known as conjugated linoleic acid (CLA). Lamb also contains a high proportion of unsaturated fats to saturated fats (in comparison to many other meats), and is a very lean and dense source of protein.

Several traditional diets high in lamb consumption have actually been connected to lower incidence of cardiovascular disease (CVD) and type 2 diabetes. With that said, current “Nutrition Transitions” taking place within many of those cultures, and around the world overall, have introduced more processed meats and other industrialized and refined foods, and helping to facilitate the global epidemics of chronic diseases such as type 2 diabetes.

A 2014 study in the Journal “Nutrients” showed a connection to overall meat consumption, both processed and unprocessed, and the incidence of Type 2 diabetes:
https://www.ncbi.nlm.nih.gov/pmc/articles/PMC3942738/