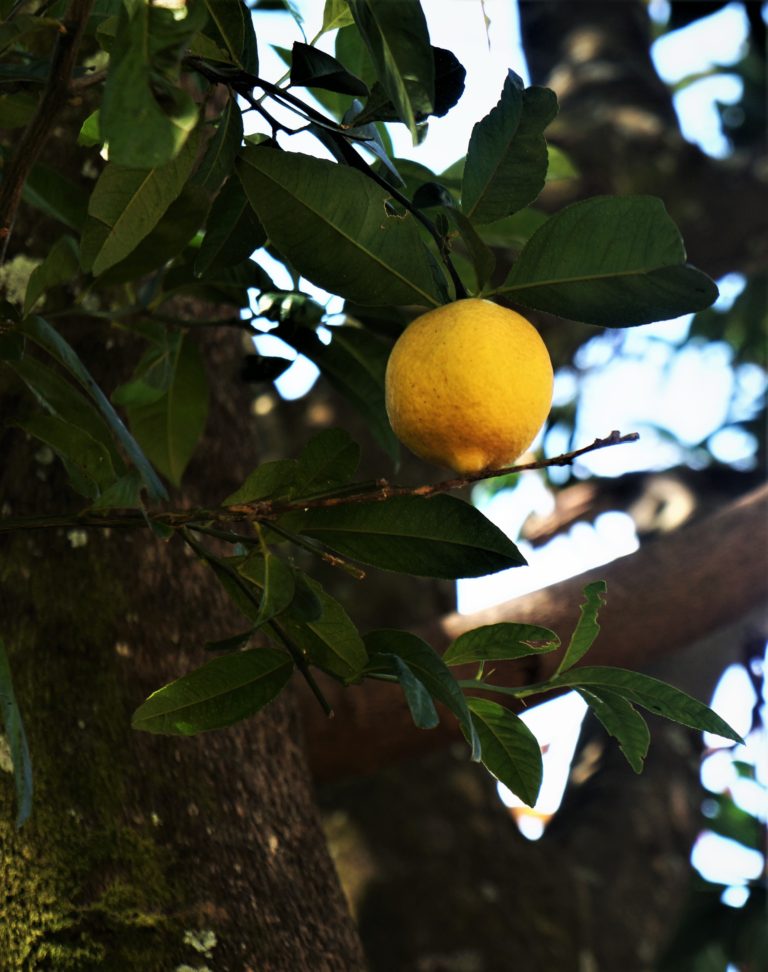 Lemons, like their cousin limes, come from a small tree that is part of the Rutaceae family. Going by the appropriate botanical name citrus limon, lemon is a popular fruit that is grown in tropical and subtropical climates around the world. They are yellow in color and have an acidic and astringent flavor profile with varying degrees of sweetness.

Where the original lemon tree appeared is unknown, but more than 4,000 years ago lemons were being consumed in ancient India and ancient China. Arab traders and European crusaders are both credited with introducing lemons to Europe and North Africa, between the 11th and 12th centuries C.E..

Lemons accompanied limes on Christopher Columbus’s second voyage in 1493 and soon spread around the tropical Caribbean, and into Florida in the 16th century.

The high vitamin C content of lemons helps prevent Scurvy, and in fact lemons became a valuable commodity during the California gold rush of 1849 in order to prevent this degenerating condition. Lemons now are cultivated in abundance in California, as well as Florida and most other states with warm summer climates and temperate winters. Summer is the best time to find fresh and locally grown lemons at your neighborhood farmers market across the United States.

The United States, Spain, Italy, Greece, Turkey and Israel are all major cultivators of lemons. Two varieties of sour lemons that are popular cultivars include Eureka and Lisbon, while Meyer is the most widely planted sweet lemon variety.

Vitamin C is the most abundant antioxidant in lemons, but there are many other phytonutrients that exhibit both antioxidant and antibacterial properties. In addition to helping alleviate inflammation and pain and helping to prevent and control several diseases, including diabetes and cancer, lemons are great sources of dietary fiber and calcium, helping both digestive and bone health. Lemons have also been shown to help aid in lowering blood pressure.

In the culinary arts, lemons act as both a flavor enhancer for many dishes, as well as a main ingredient in fresh squeezed lemonade and lemon-meringue pie, as well as various sauces and dressings.

For more information about the lemon and its history, cultivation and health benefits:
http://www.whfoods.com/genpage.php?tname=foodspice&dbid=27

A 2014 study on the impact of daily Lemon ingestion and walking on blood pressure:
https://www.ncbi.nlm.nih.gov/pmc/articles/PMC4003767/

A 2015 study from the Chemistry Central Journal, entitled,“Citrus active natural metabolites that potentially provide benefits for human health,” which helped connect lemons to the prevention of several diseases from cancer to diabetes:
https://www.ncbi.nlm.nih.gov/pmc/articles/PMC4690266/