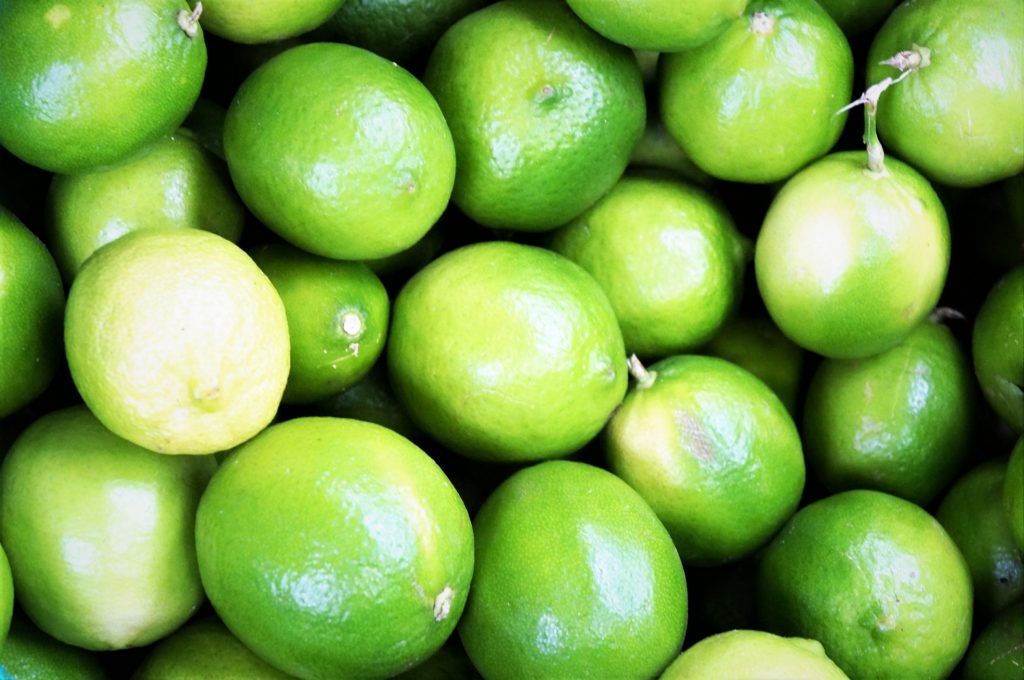 Limes are small green acidic citrus fruits that grow in tropical and subtropical climates. They are packed with nutrition, and are great flavor-enhancers for many dishes, dressings, pickled foods, and drinks.

There are several species of lime that are now cultivated, all of which are considered hybrid fruits, namely some cross between citron, pomelo and mandarin orange. All lime trees are part of the Rutaceae family. Persian limes, botanically known as Citrus ×latifolia, are one of the most widely cultivated lime species in the world, as are the smaller key limes (Citrus aurantifolia), also known as Mexican limes.

It is believed that the first wild limes came from Southeast Asia, possibly in Indonesia, and from there made their way to the Middle East and Europe via India through the transport of the famed Arab traders in the 10th century C.E.. Limes arrived to the Western hemisphere with the second voyage of Christopher Columbus in 1493, where they spread around the Caribbean islands. 16th century Spanish traders eventually brought them to Florida, and now the United States is one of the world leaders in lime cultivation (along with Mexico and Brazil).

Limes are packed full of vitamin C, and once vitamin C deficiency was identified as the cause of the disease Scurvy, British explorers used lime juice as a preventative measure during Colonial times. To this day, British people are referred to colloquialy as “limeys.”

In addition to vitamin C, limes contain other antioxidants such as flavonoids, and are frequently used in developing countries and traditional cultures as an antiseptic, where they are believed to also protect against cholera. Limiting inflammation and pain, alleviating symptoms of arthritis, promoting cardiovascular health and prevention of certain forms of cancer, are some of the purported health benefits of lime and lime juice consumption.

Limes have intense flavors, and contain both more sugar and citric acid than their slightly larger cousin, the lemon. They can be squeezed and applied to enhance the flavor of anything from water to pasta to fish, and can be a base ingredient for pastries such as key lime pie, or salad dressings and fresh fruit juices. These small fruits are healthy, versatile and bursting with flavor.

For more on the history and cultivation of limes:
https://www.britannica.com/plant/lime

For more information on the health benefits of limes:
https://www.medicalnewstoday.com/articles/304448.php