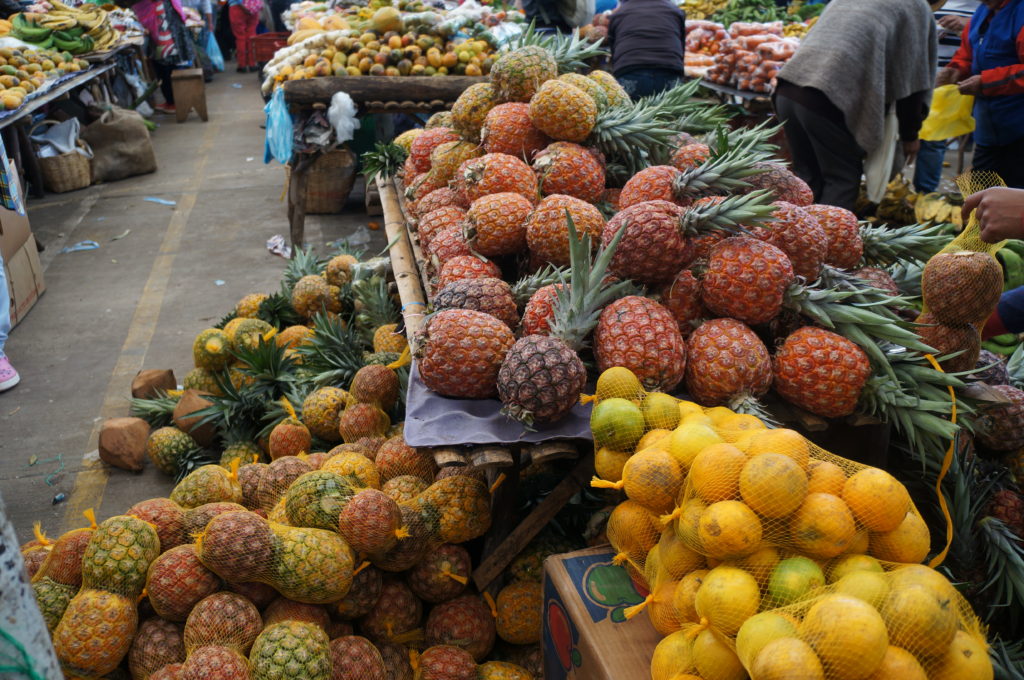 Pineapple is one of the most widely planted tropical fruits in the world. Going by the botanical name Ananas comosus, pineapple is a flowering plant that is part of the wider Bromeliaceae family. Other bromeliads are mostly used for fibers or indigenous ceremonies, pineapple being the only species that produces widely consumed delicious fruit.

Wild pineapples are endemic to the tropical forests between Brazil and Paraguay, but Indigenous cultures of South and Central America have been cultivating pineapple in some form for several hundreds, if not thousands, of years.  During the 16th century, Spanish conquistadors helped spread the seeds of pineapple around the world, and pineapple plantations started popping up in the Philippines, Hawaii, India and Eastern Africa. Eventually China, South Africa and parts of Europe began planting pineapple in the 17th century, while Hawaii expanded its pineapple industry, and remains a major producer of US pineapples to this day.

Pineapple is a great source of vitamin C and manganese, and a decent source of B vitamins, vitamin A and fiber. It is fairly high in sugars (carbohydrates), with a glycemic index of 59, but due to pineapples being on average 86% water, their glycemic load as a whole fruit for a standard 120 gram serving size is 6, which is low. Due to its fiber content and low glycemic load, whole fresh pineapple is safe and recommendable for diabetics and those at risk of developing diabetes to eat. A protein digesting enzyme found in the fruit and stem of pineapples, known as “bromelain,” has also been shown to promote heart health and exhibits anticancer and antidiabetic properties.

Costa Rica, Brazil and the Philippines are currently the world’s largest pineapple cultivators, but there is wide global distribution of farms in tropical climates planting this delicious fruit, in a number of different cultivars. There are four main cultivars of pineapple, with a fair amount of variety within each one: Smooth Cayenne, Red Spanish, Queen, and Abacaxi.

Unfortunately, a large and growing percentage of pineapples come from industrial monocultures with heavy pesticide use and significant environmental consequences. This once wild fruit that was cultivated naturally by Indigenous tribes now has fallen victim to global supply chains and demand for cheap products that do not factor in their wide ranging external costs.

Pineapples, of course, can still be grown sustainably, so make an effort to buy locally grown and organic produce that come from diverse farms, whenever possible. Shopping for pineapples at your neighborhood farmers market or produce stand is a mindful and accessible choice.

For more information about pineapple and its history:
https://www.hort.purdue.edu/newcrop/morton/pineapple.html

A protein digesting enzyme found in the fruit and stem of pineapples, known as Bromelain, has also been shown to promote heart health and exhibits anticancer and antidiabetic properties:
https://www.ncbi.nlm.nih.gov/pmc/articles/PMC3529416/

The reality of where most supermarket pineapples come from:
https://www.theguardian.com/business/2010/oct/02/truth-about-pineapple-production