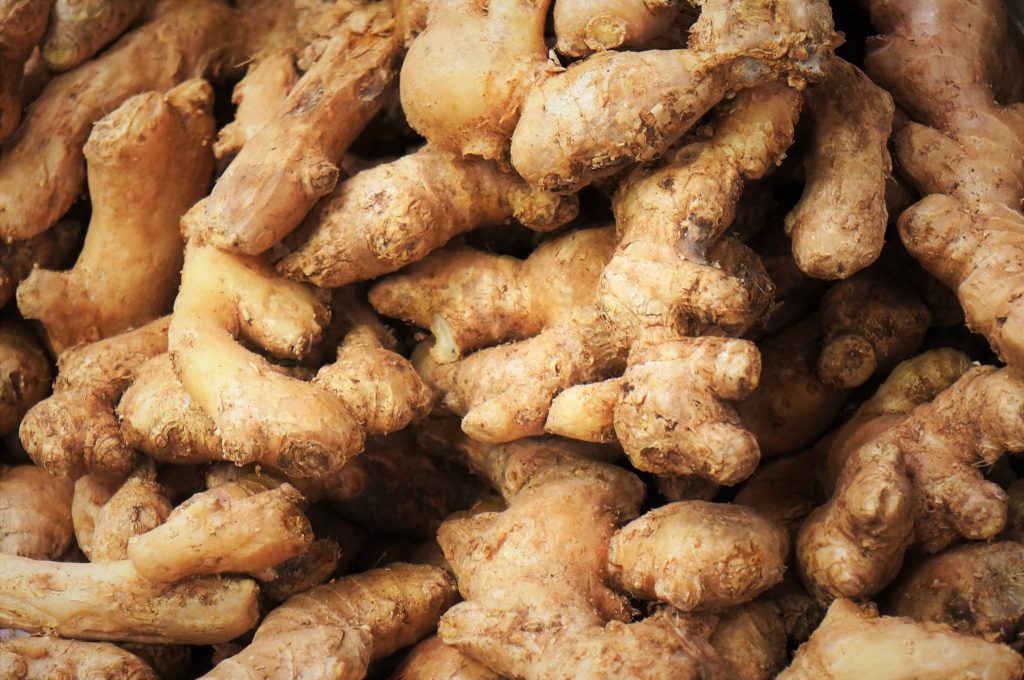 Ginger is a spice derived from the root of the ginger plant, whose flesh can be white, yellow or red.

Ginger is endemic to Southeast Asia, and its botanical name, Zingiber Officinale comes from the ancient Sanskrit word “singabera,” which means “shape of a horn.” It has been a popular spice throughout Asia and the Middle East for several millennia, and remains an integral ingredient in traditional Thai, Indian, Chinese, and Turkish cuisines, to name but a few.

Ginger did not become a worldwide common spice until the Spanish introduced its cultivation to its “new world” colonies in the 16th century. Despite this successful introduction into the Western hemisphere, India, China, Nepal and Indonesia remain the world’s largest producers of raw ginger, followed by Nigeria and Thailand.

With a complex, spicy flavor profile and strong aromatic qualities, ginger is a very versatile addition to a large spectrum of culinary dishes. Ginger also has the benefit of not spoiling for several weeks if stored at most habitable temperatures. This storability makes it realistic to use locally grown ginger in cooking for most of the year in countries and regions that produce this amazing spice.

Ginger can also be made into a fantastic tea, especially when mixed with citrus and honey, and both raw ginger and ginger tea have been used in traditional medicines in Asian countries since ancient times. The most frequent traditional medicine use for ginger was alleviating gastrointestinal problems, from cramps to gas, as well as inflammation, nausea and vomiting.

Nowadays, with the benefit of scientific research and the growing popularity of reducing whole foods to their component parts for analysis, we have many other promoted potential health benefits of ginger. This should help further encourage us to consume this delicious and healthful spice already known to aid in treating gastrointestinal problems.

For example, research has shown raw ginger and ginger tea, at least partially due to its extremely low glycemic index, to be a great spice for blood-glucose self management for diabetics. Additionally, a 2010 study suggested that consuming ginger may help prevent cataracts in diabetics.

Further claimed health benefits of ginger are based on their high antioxidant properties. Anti-inflammatory benefits of ginger consumption may aid in relieving pain and limited flexibility for those with arthritis, and ginger may also help prevent colorectal cancer and promote weight loss.

No matter how verified these latest reductionist research findings are, ginger is an unquestionably beneficial addition to any balanced diet, and can be consumed with impunity.

All about ginger: http://www.whfoods.com/genpage.php?tname=foodspice&dbid=72