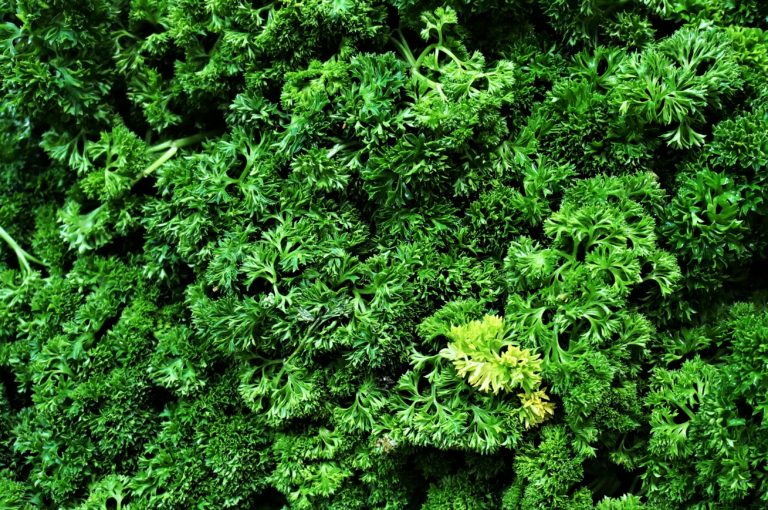 Parsley is one of the world’s most favored and nutritious herbs. Since its origins of cultivation in the Mediterranean regions of southern Europe and Northern Africa, parsley has spread all over the world, and is an essential ingredient in traditional Middle Eastern, European, North American and Latin American cuisine. There are several cultivated varieties of parsley, but curly leaf and flat leaf are the most common.

The health benefits of eating fresh parsley are numerous. It is a plant extremely high in several antioxidants, such as flavonoids, vitamin C and beta-carotene, and has been connected to arthritis and cancer prevention, as well as being a promoter of heart health. Parsley was also used in traditional Turkish medicine to treat diabetes, and recent research has shown that it can help lower blood sugar levels.

Parsley is a biennial plant, as are carrots and certain onions, meaning it takes two years to complete its life cycle. Parsley grows in a range of climates and typically moist soils, and can be found year-round in most farmers markets and local produce stands. While often used as a garnish, many recipes also incorporate parsley as an important ingredient, boosting both the taste and healthful benefits of the dish.

For more about Parsley’s history and nutritional properties:
http://www.whfoods.com/genpage.php?dbid=100&tname=foodspice