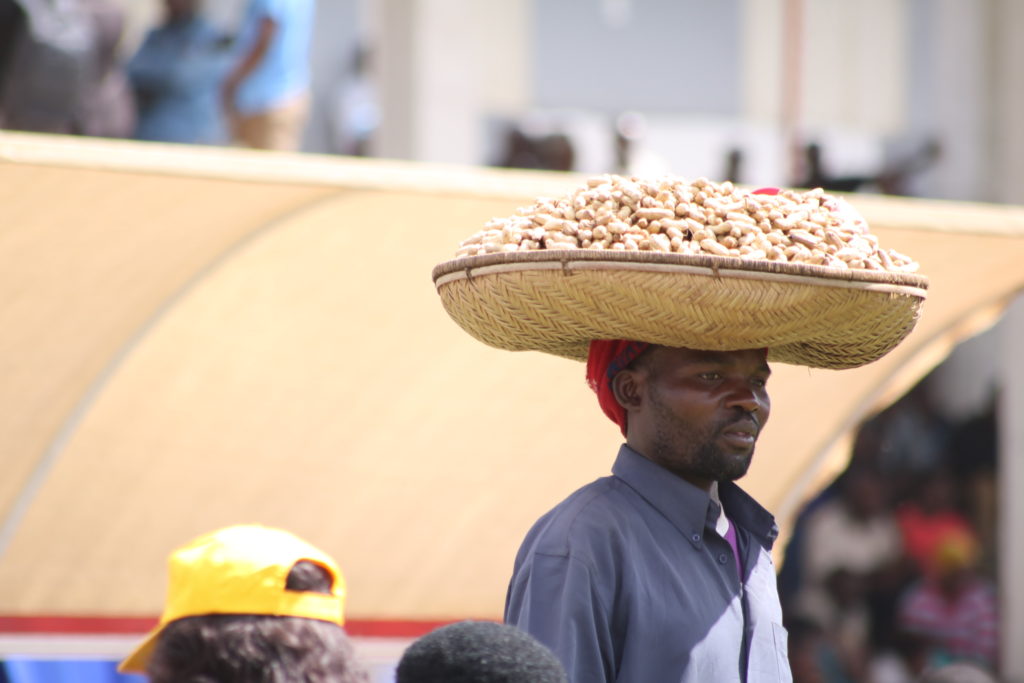 Peanuts, a globally-cultivated legume (not a nut, as is often believed), has its roots (legumes grow from the ground, as opposed to nuts which mostly come from trees) in South America. Indigenous people from the continent have consumed peanuts for several thousands of years.

Ancient Brazilian civilizations mixed peanuts with corn into a fermented “chicha” drink, while ancient Peruvian societies buried peanuts with their privileged mummified deceased. By the time the Spanish conquistadors arrived to modern-day “Latin-America” to rape and pillage the land in the 1500’s, peanuts were being cultivated as far north as Mexico. The Spanish brought peanuts back to Europe, and from there they spread around the globe, becoming important components of many African, Indian, Southeastern and Eastern Asian cuisines.

Peanuts didn’t really become mainstream in the United States until PT Barnum and his traveling circus popularized roasted peanuts in the late 1800’s, but they had been cultivated previously in the mid-1800’s (thanks to the efforts and creativity of George Washington Carver) when they were an important protein source for Union and Confederate army soldiers alike during the Civil War. Now peanuts are one of the most important cash crops cultivated in the US (valued at more than one billion dollars annually), with its mostly processed derivative peanut butter accounting for around half of all current peanut-product sales. The United States is now the world’s fifth largest peanut producer (after India, China, Nigeria and Indonesia).

In addition to being a great source of protein, whole shelled peanuts are also packed with minerals such as manganese and copper, and are especially high in antioxidant phytonutrients. They are known for their anti-inflammatory properties and for helping to lower cholesterol and high blood pressure. Peanuts are especially beneficial to heart health, and have been connected to prevention of colon cancer and Alzheimer’s disease. Peanuts also have a very low glycemic index and have in-turn been linked to reducing the risk of both obesity and type 2 diabetes incidence.

At northern latitudes, such as in the United States, peanuts are typically harvested in the fall, though shelled peanuts that are not from halfway-across-the-world can still typically be found year-round due to their ability to be stored for one to two months at most temperatures.

Unfortunately, all of these benefits that whole shelled peanuts bring cannot be enjoyed by all: peanuts are one of the most common food allergies, and are one of a handful of food items that can cause severe and potentially life-threatening allergic reactions known as anaphylaxis.

More information on the history of peanuts:
http://nationalpeanutboard.org/peanut-info/history-peanuts-peanut-butter.htm

Information on if peanuts are good for diabetes:
https://www.medicalnewstoday.com/articles/317202.php

For more information on the nutrition of peanuts:
http://www.whfoods.com/genpage.php?tname=foodspice&dbid=101