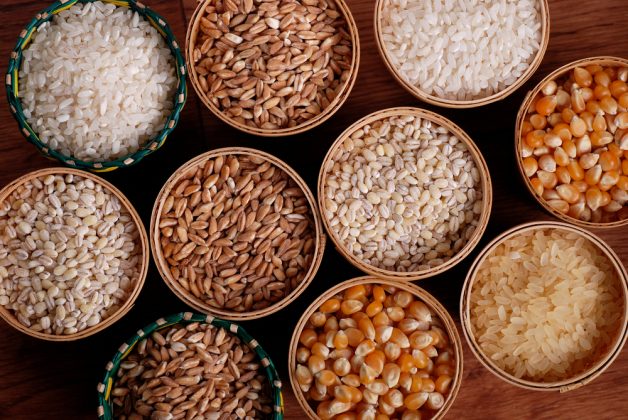 Whole grains are the recommendable form of healthful grain consumption, as opposed to their industrial derivative, refined grains. Whole grains are packed full of nutrition, balance, and history!

Some whole grains have been cultivated and consumed by humans for more than 10,000 years. Half of the eight original “founder” crops of human civilization, which began in the “Fertile Crescent,” (part of the modern day Middle East), were whole grains. These four whole grain founder crops include barley, flax, einkorn and emmer wheat, the latter of which is one of the ancestors of modern-day “durum” wheat. Durum wheat is the “common” wheat that most breads, pastas, and other wheat-based products are now made from.

Other whole grains such as brown rice, millet, spelt and teff, have also been keeping humans alive and growing in numbers for many thousands of years in different parts of the world. Buckwheat, corn, oats, rye and quinoa are other whole grains that are now cultivated in different parts of the world, providing great nourishment in their unrefined forms.

The anatomy of all whole grains consists of three parts: the bran, endosperm and germ.

The bran is the outer layer of the grain that is rich in fiber, minerals such as magnesium and iron, B vitamins(link) and a whole range of other phytonutrients. The germ is the core of the grain, and is also rich in B vitamins, vitamin E, various phytonutrients, antioxidants and healthy fats. The endosperm is the least nutritious and most widely consumed part of the grain, and refined grains typically are nothing but the endosperm. Within the endosperm are small quantities of vitamins, minerals and proteins, along with high levels of starchy carbohydrates. 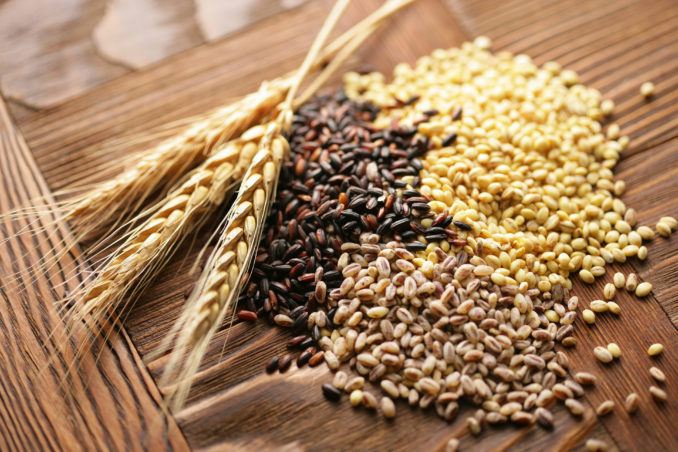 While the Romans began refining grains more than 2,000 years ago, the true “revolution” that has caused whole grains to take a back-seat to refined grains in the global industrial marketplace was brought on by the invention and wide implementation of the roller mill in the second half of the 19th century. Removing the bran and germ allowed the soft and easily digested(and addictive) carbohydrate-rich endosperms to be stored and transported large distances, and used as ingredients in processed foods. The excessive use of refined grains in modern diets around the world is one of the principle causes of rising global epidemics such as obesity and type 2 diabetes. 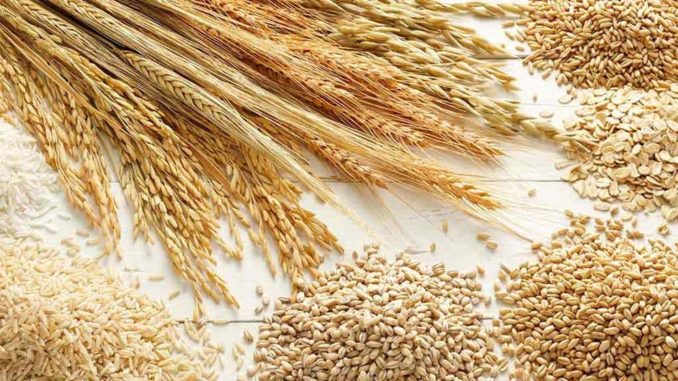 Thankfully an awakening of sorts is taking place, with research demonstrating the value of whole grains, and conscious consumers demanding more whole grains in their supermarkets, local markets, bakeries, restaurants and even as ingredients in their packaged foods.

One must be careful with “whole grain” stamps and labels, however, and it is always best to make sure that the actual grain shows up as one of the first ingredients on a label, and that this benefit is not cancelled out by a lot of added sugar. Of course, the best thing to do is to buy or grow the whole grain itself and to prepare it as part of a healthy and balanced fresh meal!

Research has connected whole grain consumption to numerous health benefits, including weight loss and obesity prevention, promoting heart health, prevention of type 2 diabetes and metabolic syndrome, the natural and integrated management of both type 1 and type 2 diabetes, and the lowering of blood pressure and bad LDL cholesterol.

The high fiber content in whole grains allows the dense energy and nutrients contained within to be digested and absorbed slowly into the body and bloodstream, keeping blood glucose levels in balance instead of spiking, like what happens with the consumption of refined grains. It has been recommended by many experts to eat at least three servings of whole grains per day, and to greatly limit the consumption of processed and refined grains.

For more information on the history of whole grains: http://www.thenibble.com/reviews/main/rice/whole-grains-cereals2.asp

A study about whole grains and type 2 diabetes prevention:
https://www.ncbi.nlm.nih.gov/pubmed/17760498

A study looking at the confusion and need to be judicious in selecting products claiming to be whole grain and healthful:
https://www.ncbi.nlm.nih.gov/pmc/articles/PMC4486284/

A comprehensive study that looks at dietary changes and obesity, and shows whole grains, as well as whole fruits and vegetables, to be helpful in preventing obesity and managing weight:
https://www.ncbi.nlm.nih.gov/pmc/articles/PMC3151731/