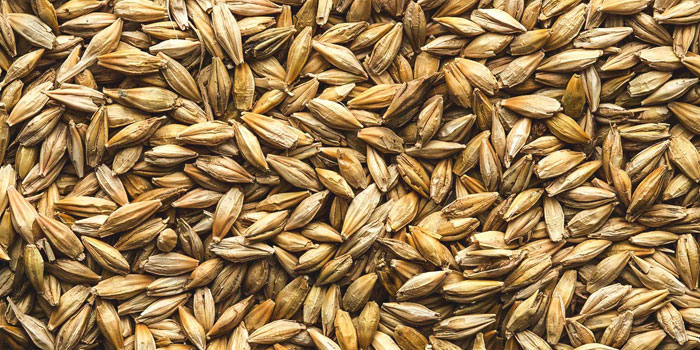 Barley, Hordeum Valgar, is one of the earliest crops cultivated by humans. This whole grain has been grown in the Middle East and Ethiopia for more than 10,000 years!

Barley has been one of the fundamental crops (the so-called eight “founder” crops) that enabled the stabilization and growth of human civilization since those earliest cultures. Barley soon spread from the Middle East to the Fertile Crescent and Northern Africa, and then on to Greece and other parts of Southern Europe where it took hold between 5,000 – 6,000 B.C.E.

The famed empires of Ancient Egypt, Ancient Greece, and Ancient Rome all depended heavily on barley cultivation. Along with many other crops, including a variety of whole grains, Christopher Columbus introduced barley to the “New World” in 1494, and the British extended its cultivation in their North American colonies (now the United States and Canada) in the 17th century.

Whole grain barley is very high in dietary fiber, which allows it to be digested slowly. Combined with a high level of magnesium, whole grain barley is considered an incredibly beneficial food for diabetics and those with a high risk for developing diabetes. The carbohydrates in barley are absorbed and converted into glucose within the bloodstream gradually, which helps to maintain energy and cellular function without raising blood glucose levels rapidly. Other whole grains also exhibit many of these anti-diabetic benefits, but it’s possible that whole grain barley is the best of them all.

When barley is consumed truly whole, it is referred to as “hulless” barley, meaning the nutrient-dense germ and bran remain intact, along with the endosperm and pearl. The first step in processing barley removes the hull (germ and bran), leaving a still nutritious grain relatively high in fiber, but diminished in several micronutrients. This is called “scotch” barley.

The most commonly consumed modern form of barley is known as “pearl” barley, where the endosperm is also removed. This processed form lacks in most macronutrients that make whole grain barley so precious, such as protein, fiber and polyunsaturated fat (though most of the carbohydrates still remain, ready to rush into the bloodstream and cells as glucose), and micronutrients like magnesium, potassium, iron, zinc and B vitamins. Look for hulless barley whenever possible, whether on its own or as an ingredient in freshly produced foods, such as whole grain breads, cereals and soups.

Glycemic Index of processed Pearl Barley: 22-29 raw, which is still low, 35 or more cooked, which is medium, and over 60 in flakes which is high.

All about the history and benefits of barley:
http://www.whfoods.com/genpage.php?tname=foodspice&dbid=127

A study about barley and its specific impact on glucose levels in diabetics:
https://www.ncbi.nlm.nih.gov/pmc/articles/PMC4311281/

A strong and convincing endorsement for hulless barley:
http://www.mendosa.com/blog/?p=19

A study on whole grains and their potential for treating and preventing diabetes, along with the negative impacts of refined grains:
https://www.ncbi.nlm.nih.gov/pubmed/24158434